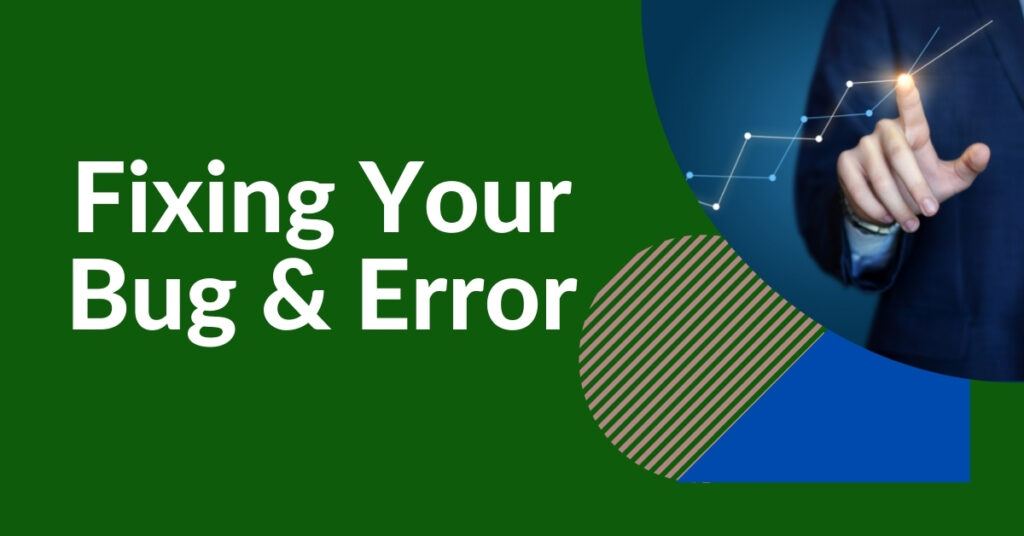 Tests identify defects, where a defect is any difference between the actual results and the expected ones. “A mistake in coding is called an error, a fault found by a tester is called a fault, a fault accepted by the development team is called a bug, and a build that fails to meet its requirements is called a failure.”

There are a variety of reasons why a program may have a fault:

The lack of resources

Steps that are invalid

A definition that is not appropriate

As we can see, the many issues and inconsistencies found throughout software are interrelated and interdependent with one another.

Different parts of our software are affected by all the above terminology, and they differ from one another in a large way. This diversity in errors and bugs slows down the software’s excellence and performance.

The following are some of the things we help our clients to achieve:

Improvements to the project code

Reduced costs due to changes introduced to the code

Enhancement of the product’s functionality

Developing a better architecture and process for development

In the process of code improvement, we will not only fix the errors but also determine the cause. Our team will provide a test (unit test) for each fixed error (bug), ensuring that the error will no longer appear in all future versions of your product.

An advantage for clients is that they can continue using their existing tools and prioritize bugs based on priority. Working with more backlogs is a disadvantage. Priorities are lost by the product owner. Such bugs should not be fixed!
Errors in coding are called Defects, Defects found by testers are called Defects, Defects accepted by the development team are called Bugs, and when the build does not meet the requirements, it is a failure.
A "bug fix" means that such errors have been discovered and corrected. It is possible that those problems had no effect on you due to the sheer size of many programs.
You can learn something from every bug. As a result of unit testing, you get feedback on whether the code works, and after each delivered release, you can hear what customers think of the new features. Another way to provide feedback on your code is to file a bug report. Various causes can lead to a bug.

There are no reviews yet.

Be the first to review “Bug & Error Fixing” Cancel reply

Welcome to Themepul, Number one source for all categories WordPress, Website SEO, Shopify, ads marketing, HTML website, SEO friendly content and others related. We’re dedicated to providing you the best service, with an emphasis on your satisfaction and success priority. So, contact us and take what you need. Thank You.